As I mentioned in my previous post about Elton at the Yamaha 125th Anniversary concert, I so wanted to see what was going on in the remote locations across the world. And here it is: 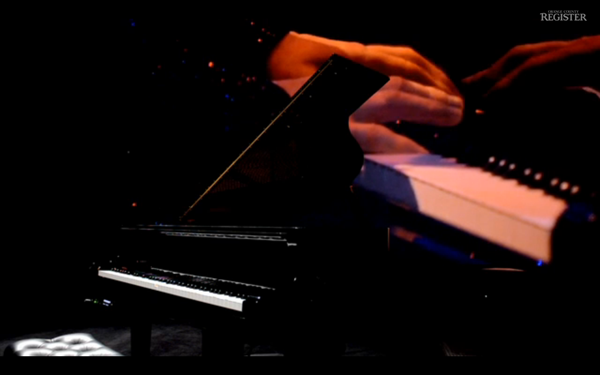 My daughter says its freaky, but I say its amazing. And the technology is very cool, particularly since Elton claims to be somewhat of a Luddite.

Now the only question is: Can I get one of these Disklavier things added to my piano (with the Elton John tracks, of course)?!

I really did enjoy the concert, not just Elton’s performance (although his was the best, of course).  And I have one thing to say to all those fans out there who complained about his set list (no obscure songs)…Stop whining! I feel so blessed that he is still writing, recording and touring – and still relevant.  Not that I, too, wouldn’t love to hear him play something from the back catalog, but I’ll take whatever he chooses to perform.

Oh, yes, and did I mention that I play Yamaha, too?  Alas, I didn’t make the cut:

Now onto the Grammys tomorrow night!