…The Pilgrimage, Part Deux, that is.  (Not to be confused with the 4-disc boxed set sharing the same title as this blog post).

Looks like I’m going to see Elton again in September! On the 14th, to be exact, in Tampa, Florida, at the grand opening of the newly renovated USF Sun Dome Stadium.  That will make 5 times in 2012!  (Dare I say so far?)

Got my Rocket Club tickets – I’m just curious as to how good they’ll be in a stadium format.  Haven’t seen Elton play a stadium since the Face to Face Tour with Billy Joel at Joe Robbie Stadium.  (That would be 1995, in case you were wondering.  When it was still called Joe Robbie Stadium). 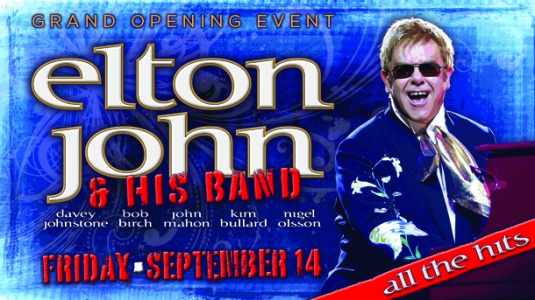 This concert will wrap up a busy and exciting summer for me, following the release of Elton’s memoir, Love Is the Cure: On Life, Loss, and the End of AIDS, on July 17 and the new album, Good Morning to the Night (Elton John vs. Pnau), also on the 17th.

After all that,  I can focus my groupie energies on his forthcoming album, The Diving Board, scheduled for a February release.  (And blogging, of course).